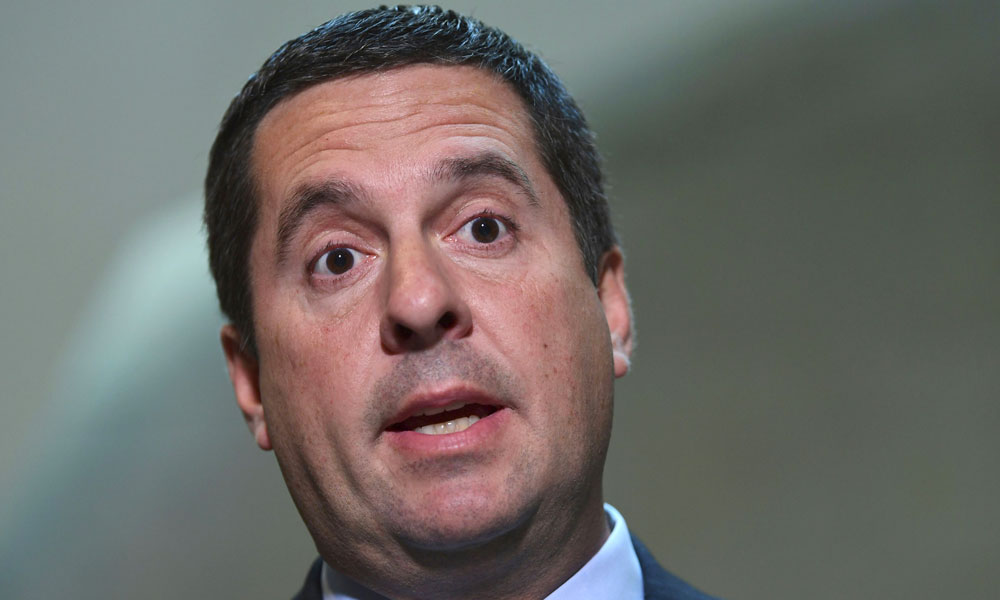 GOP Rep. Devin Nunes, of California, is desperately trying to correct a myriad of “miscalculations” by his own mother, according to a report published by The Daily Beast under the headline titled “Devin Nunes’ Mom F*cked Up His Campaign Finance Reports.”

The report claims that “two political committees belonging to Rep. Devin Nunes (R-CA) have spent the past two days filing amended FEC reports to correct errors and omissions by their treasurer: his mom,” The Beast reported. “The fundraising committees—Nunes Victory Fund, and his leadership PAC, NEW PAC—have also removed Nunes’ mother’s email address and replaced them with an unspecified ‘Treasurer 1’ and ‘Treasurer 2.'”

“Those emails serve as contact points for the Federal Election Commission, which sends notices called “Requests for Additional Information” (RFAIs) when compliance officials flag errors or inconsistencies. The FEC sent an additional five notices on Thursday and Friday to the conservative’s official campaign committee, where Toni Nunes has run the books since her son’s first congressional bid in 2002,” The Beast explained.

The report added: “All but one of the campaign’s 2020 FEC reports filed by Nunes’ mom contain material errors, according to the RFAIs. Flaws include duplicate contributions from GOP mega-donors such as Home Depot CEO Bernie Marcus ($50.5 million career giving), billionaire energy mogul Kelcy Warren ($23.8 million), and investor Rex Sinquefield ($12.2 million).”

You can read more below.

Two political committees belonging to Rep. Devin Nunes have spent the past two days filing amended FEC reports to correct errors and omissions by their treasurer: his mom https://t.co/iwoG9yHtCZ