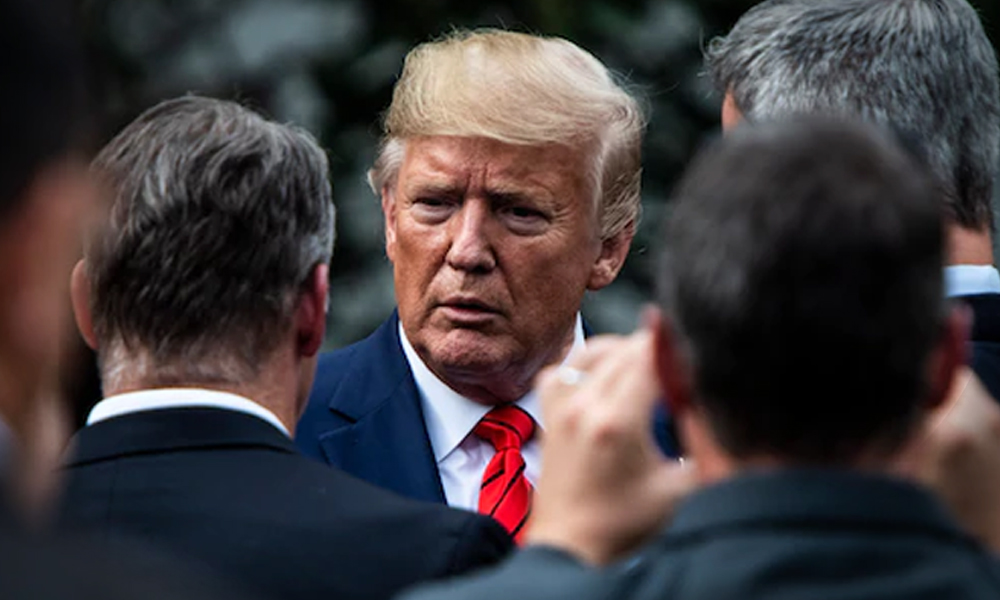 Bloomberg reporter Tim O’Brien, who has seen Donald Trump’s tax returns after the future president sued him for libel in 2006, revealed on Monday the reason, he believes, the president is hiding his taxes.

O’Brien’s report comes after Trump promoted the reopening of his Rancho Palos Verdes, California, golf course over the weekend – despite the country being in the middle of a pandemic.

“Is Trump pushing businesses to reopen despite ongoing perils attached to the coronavirus because it’s best for the country?” O’Brien wrote. “Or is it because COVID-19 has battered his family’s fortunes? Or is it simply because he has the upcoming presidential election in mind? Who knows. But we are more than three years into this presidency and the same questions that have hung over Trump from the moment he launched his bid for the White House still linger: What are the contours of his personal finances and how do they inform his actions and policies?”

“During the course of the litigation, Trump resisted releasing his tax returns and other financial records,” O’Brien wrote. “My lawyers got the returns, and while I can’t disclose specifics, I imagine that Trump is hesitant to release them now because they would reveal how robust his businesses actually are and shine a light on some of his foreign sources of income.”

Trump’s fight to keep his tax returns private suggests he’s hiding something, O’Brien wrote, and he said the documents he saw over a decade ago suggests some highly suspect financial entanglements and possible criminal activity.

“If all of this information from Trump’s taxes, bankers and accountants was good enough for me over a decade ago, it’s certainly good enough for Congress and the Manhattan district attorney today,” O’Brien wrote. “It’s also good enough for the American people. If we’ve learned one thing from the Trump presidency it’s that it’s no longer enough to rely on tradition when it comes to the Oval Office and financial transparency. Financial transparency should be a requirement for all presidents going forward — and the Supreme Court would do well to help pave the way.”