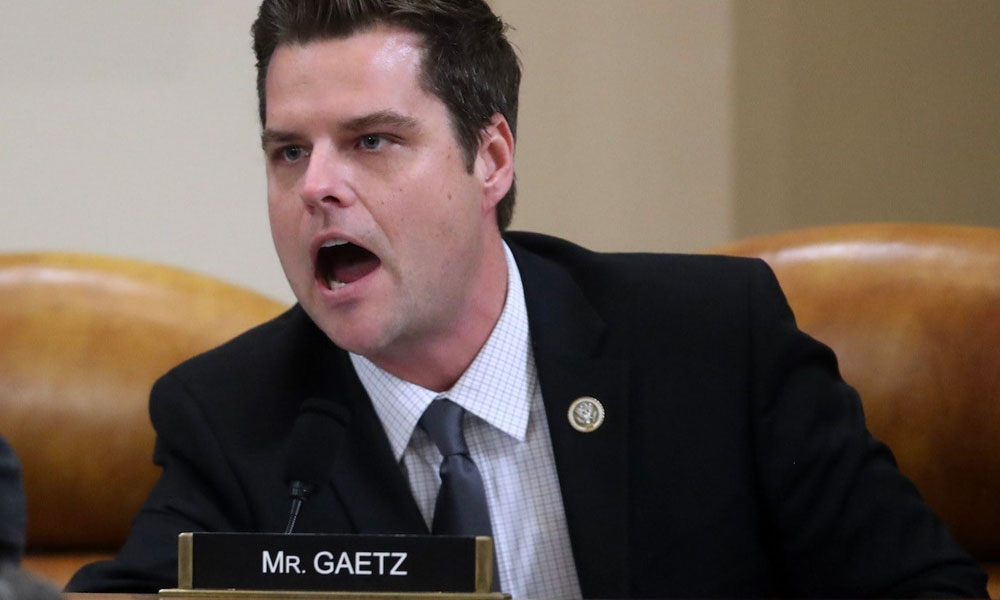 Rep. Matt Gaetz (R-FL) on Tuesday lashed out at House Speaker Nancy Pelosi (D-CA), threatening to seize the Democratic leader’s phone records if Republicans take over the House of Representatives in 2022 in retaliation for the Jan. 6 investigation.

Gaetz’s rant comes after the House Selected Committee investigating the Jan. 6 attack on the U.S. Capitol moved to have his phone and computer records preserved.

“The reason Nancy Pelosi is doing this is because they want to cast this cloud of criminality. Nancy Pelosi better be careful what she wishes for because if the new tradition when one party gains power in the House of Representatives is that you investigate the personal records and the personal lives of the people who are out of power, well then 2022 and 2023 are going to be very difficult years for the Democrats,” Gaetz told Real America’s Voice.

“Maybe we ought to look at Nancy Pelosi’s phone records with her husband,” the congressman continued, “who benefited millions of dollars off of stock trades and technology bills that were moving through the legislative process.”

The Florida Republican, who is under investigation over child sex trafficking allegations, went on to list other Democratic lawmakers who could have their records seized.

“This is unprecedented, this is Marxist and I look forward to standing up against it,” he opined.

Gaetz also suggested that Republicans could retaliate against the CEOs of telephone companies that comply with congressional investigations.

Watch the video below from Real America’s Voice.