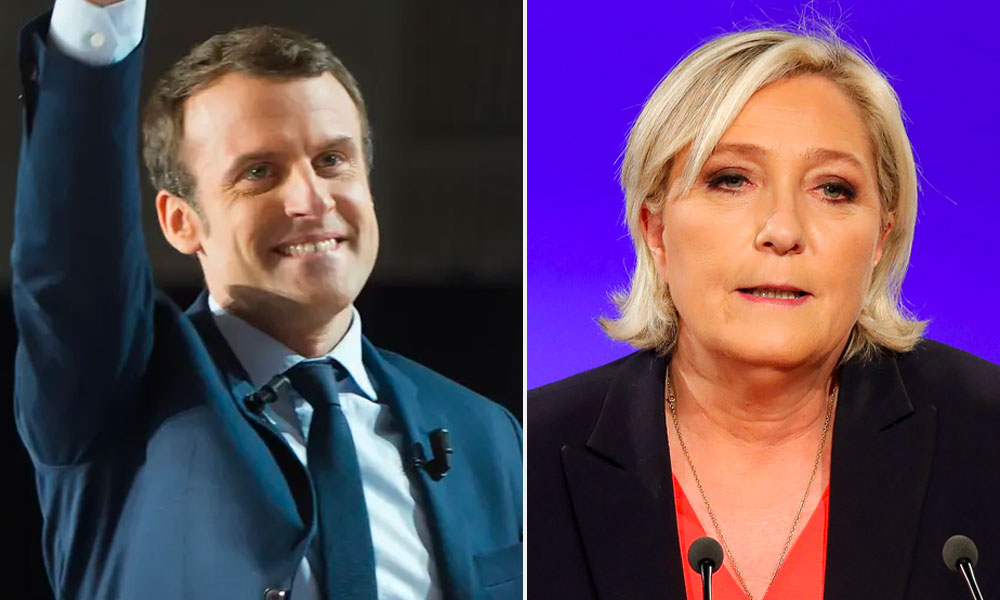 According to CNN, Macron is projected to receive between 57 and 58.5 percent of the vote in Sunday’s second-round runoff, versus 41.5 to 43 percent for Le Pen.

Shortly after the projections were released, LePen conceded defeat in a speech to supporters, touting her unprecedented vote total as “a shining victory in itself.”

“The ideas we represent are reaching summits,” the pro-Putin candidate said, according to NBC News.

With his victory, Macron will become the first president since Jacques Chirac two decades ago to secure a second term in office in France. He now must confront domestic dissatisfaction as well as the effects of both the Covid-19 pandemic and the ongoing war on the continent.

The final result will be announced by the country’s interior ministry on Monday.