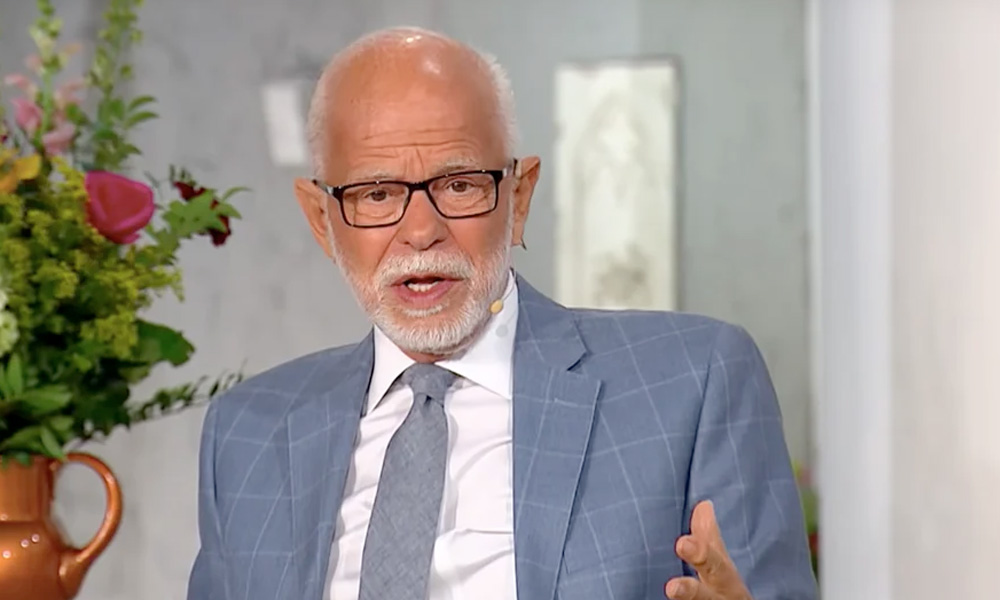 Felon Televangelist Jim Bakker is being dragged online after letting a Christian crowd that President Donald Trump is a test of faith and that Christians can pass by loving him despite being everything the bible condemns.

“You know what? Trump is a test whether you’re even saved,” he said in a clip going viral on Twitter. “Only saved people can love Trump.”

That line seemed to go too far for some in his audience, who laughed out loud.

But Bakker, a staunch Trump supporter who previously said impeachment would lead to a civil war, said it was no joke.

Trump himself once famously asserted that he has never asked God for forgiveness.

Bakker, who built his ministry into a TV network and resort in the 1980s but resigned amid a sex scandal and served four years in prison for fraud, has returned to TV to make doomsday predictions while selling his supporters buckets of freeze-dried food and other supplies to use during the end times.

Watch the video and some of the responses below:

Here is Jim Bakker saying that Trump is a test to determine whether or not people are "saved."

The comments section below is here for you, twitter-have at it. pic.twitter.com/LTlYmA5ZlV

I am Christian. I oppose Trump. I am not worried.
✝️ 🍑

P.S. – Is this the same Jim Bakker, who along with his wife Tammy, fleeced America using the name of Jesus to cheat people? And to personally profit monetarily via the PTL club? THAT Jim Bakker???

This false prophet was found guilty of 24 counts of fraud & conspiracy. Next. https://t.co/sfwBLlL6nC

He's like something out of a horror movie. Don't get him wet!

I know some think that Jim Bakker comment was bad because it was about Trump, but I want to tell you that it's always bad, morally oppressive & manipulative to suggest anyone's faith is vindicated based on their vote alone–regardless of who is the subject of the sentiment.

Holy bleep! He's still around? Oh, Lord. I think that #JimBakker is just God testing us to see how much shit we'll put up with.

This is the Jim Bakker I know. pic.twitter.com/vKrC69sEE2