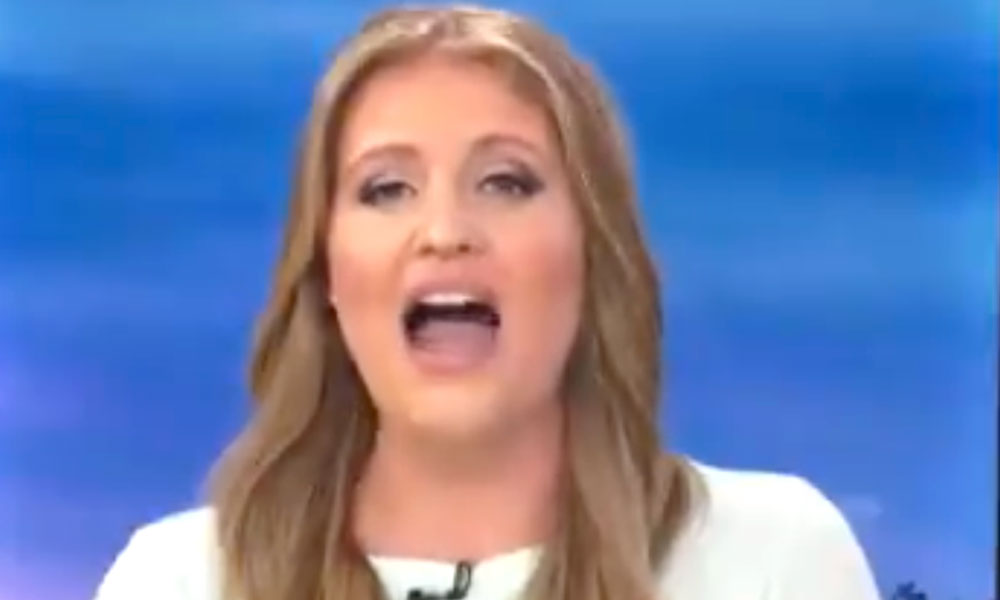 Attorney Jenna Ellis, who was a member of Donald Trump’s legal team that tried to overturn the election results, threw a fit and announced on “Real America’s Voice” that she’s quitting the Republican party.

Ellis’ rant came during an appearance on the conservative news platform “Real America’s Voice” where she attacked the party for not going enough to defend the honor of the twice-impeached former president.

“Sure, the Republicans claim to be keeping Democrats in check, but only a handful of outsiders are actually speaking up,” she fumed. “The rest are compromising on everything. The infrastructure bill, for example. Or the second impeachment hoax, where [Senate GOP Leader Mitch] McConnell actually stood up and ranted against President Trump for his own political gain, not for the truth.”

She continued to complain about how the Republican National Committee was being operated.

“What happened to the millions raised by the RNC in November and December of 2020 — the Trump team never saw a dime of that help,” she argued. “All of them, including [RNC Chair] Ronna McDaniel, should resign now. Until they do, as of today, I am resigning from the party… A compromised, corrupted majority is not a majority worth being a part of.”

Watch a portion of her comments below:

BREAKING: @JennaEllisEsq announces she is leaving the Republican Party.

Trump Demands To Be ‘Immediately Reinstated As President’, Or New Election Take Place