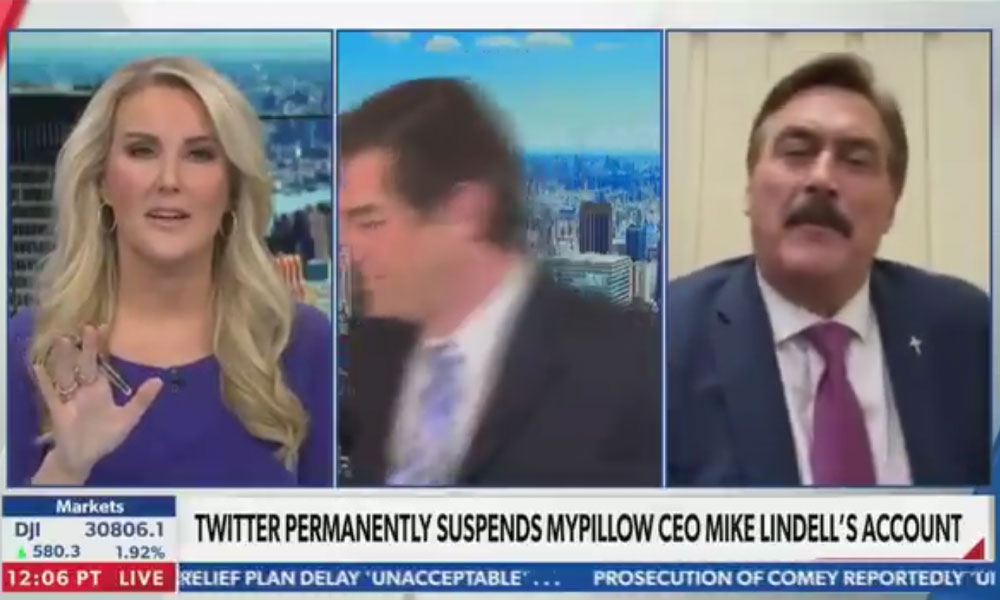 Newsmax, the right-leaning news organization, interviewed MyPillow CEO Mike Lindell this week over his Twitter account being banned over his spread of falsehoods about election fraud.

During the interview, Lindell was asked why he thought he was being taken off Twitter. That’s when he began spewing lies about election fraud on live television.

This led anchor Bob Sellers to beg the production crew to cut Lindell off. After the team failed to do so, Sellers decided to walk off.

In a Newsmax segment about "social media censorship" against the MyPillow Guy, Pillow Guy continued to spread false conspiracies about voting machines, leading the anchor to interrupt him, read a disclaimer, try to get the producers to get him off the air, and storm off the set pic.twitter.com/QMzOosVSD1

RELATED: MAGA Rioter Who Was Arrested Begs Judge To Let Her Go On Planned Trip To Mexico