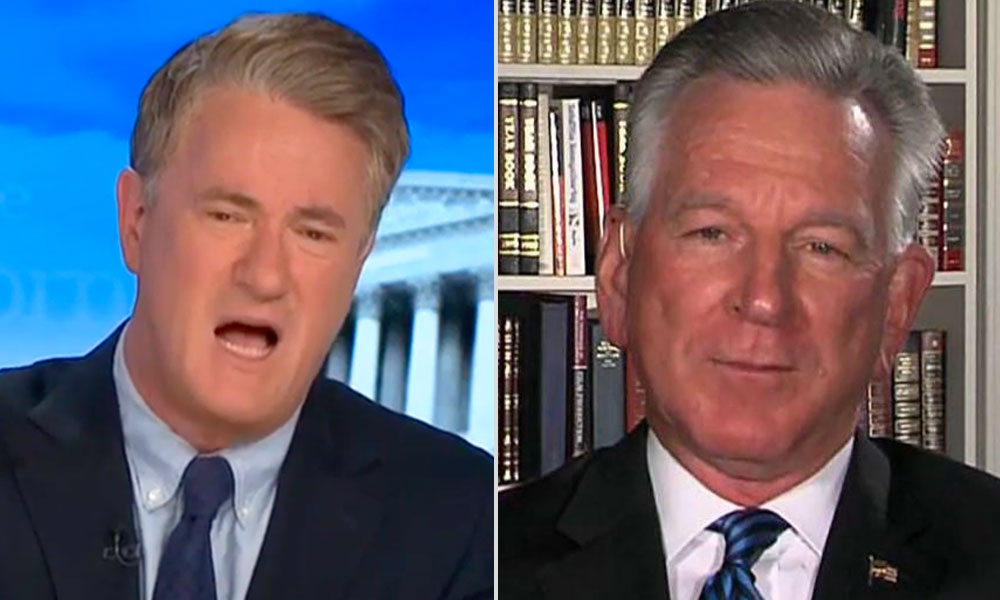 The segment came in response to Turberville’s claim that “bad weather had prevented him from reading the news” about Greene coming under fire from Democrats and some Republicans for her support for bizarre conspiracy theories and violence against her political opponents.

“Thank God he never coached at Alabama,” Scarborough said of Tuberville, who coached football at Auburn and elsewhere. “Thank God.”

Scarborough and other “Morning Joe” panelists laughed at Tuberville’s excuse for not knowing about the “Qanon lady,” as they dubbed Greene.

“This is not 1972,” said co-host Mika Brzezinski. “There are cell phones, everybody gets the news all the time, sir.”