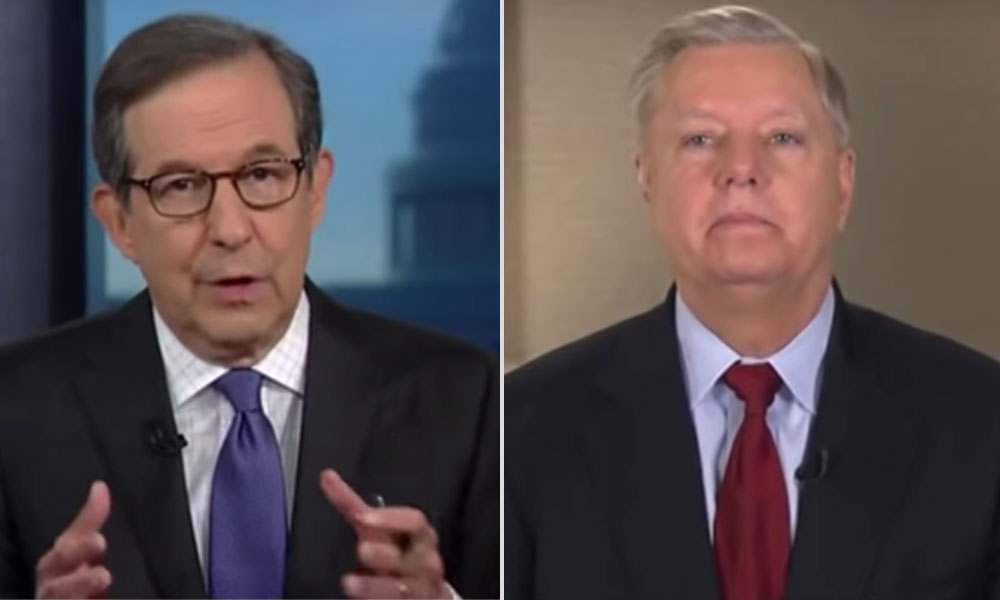 During a segment on Fox News Sunday, anchor Chris Wallace obliterated Sen. Lindsey Graham’s argument for not having witnesses in the Senate impeachment trial.

In his defense of Donald Trump, Graham said that he will support the president’s executive privilege claim to prevent former National Security Adviser John Bolton and others from testifying.

Wallace then proceeded to school Graham on the legality of blocking witnesses in a criminal trial.

Graham responded that there’s no crime committed by Trump.

“Well, he’s being tried for high crimes and misdemeanors. That’s what the impeachment trial is about, whether you like it or not,” Wallace replied.

“If we call one witness, we’re going to call all the witnesses,” Graham insisted. “There’s not going to be a process where the Democrats get their witnesses and the president gets shut out.”

“I want this trial to get over with as quick as possible,” he continued. “I want the people of the United States to pick the next president, not a court of impeachment.”

“How do you respond to the Democratic impeachment managers who say this is just a rush to get this over with?” Wallace asked.

“You know, I like Nancy Pelosi,” Graham replied. “I think she is a very religious person. But when it comes to Donald Trump, Nancy Pelosi may pray for him privately but she’s orchestrated the church of holy hell from the time Trump has been sworn in until now it’s been one thing after another.”

According to Graham, House Democrats did not allow Trump “to call any witnesses.”

“This has been a partisan railroad job and you’re asking for fairness in the Senate!” Graham exclaimed. “The sooner this is over, the better for the country. We can get back to the business of the American people.”